What does BCH actually do? Is Bitcoin Cash a good investment? What is BCH crypto used for? Does Bitcoin Cash crypto have a future? Those who wish to invest in what is probably the most well-known cryptocurrency do so at their own risk. Bitcoin Cash and Bitcoin are now the two most famous Bitcoins. This article describes how cryptocurrency enthusiasts can purchase Bitcoin Cash.

Our article explains how Bitcoin Cash came about and where the differences lie between it and Bitcoin. Let us take a closer look at the price development and look at the options available for purchasing Bitcoin Cash.

We conclude by explaining how to buy Bitcoin Cash in detail. What is Bitcoin Cash?

As a hard fork of the original Bitcoin, Bitcoin Cash (BCH) was created on August 1st, 2017 and differs from Bitcoin only in a few important details. Due to the well-known problems with Bitcoin (poor scalability, problems with SegWit), part of the Bitcoin network has decided to launch its own alternative coin to deal with these problems.

Therefore, BCH is now an independent altcoin known as Bitcoin Cash, Bcash, or simply BCH as a result of a major dispute between Bitcoin developers.

Bitcoin Cash has several advantages due to its relationship with Bitcoin. The code is largely based on the same properties and the blockchain is also structured similarly, so companies or manufacturers who are already familiar with Bitcoin should find Bitcoin Cash extremely easy to implement. As a consequence, Bitcoin is also supported by a large selection of providers and crypto exchanges.

With the continuous price increase of Bitcoin Cash, it is clear that the crypto community has a great deal of interest in the coin, and the number of users continues to rise. As a result, there is hope that this digital currency will gain in value and importance in the future.

How does Bitcoin Cash work and what technology is behind it?

Bitcoin Cash operates on the same principles as Bitcoin. In other words, the coin is based on a peer-to-peer network that connects many nodes together. In order to ensure the security of transactions, they invest their computing power in mining new coins at the same time. The mining process is very familiar from Bitcoins and other crypto currencies, and it does not differ here.

Initial Bitcoin development was intended for use as a means of payment and not as an investment vehicle. The cryptocurrencies and Bitcoin were seen as part of the digital revolution that would be used in everyday life to pay for things such as coffee across the street or noodles in the supermarket. Despite this, Bitcoin itself is far from this, due to its extreme fluctuations in value and speculation on ever-increasing prices.

In contrast, Bitcoin Cash is closer to this version: its transaction fees are significantly lower because of the larger block size. Bitcoin, on the other hand, is limited to about 1000 transactions per block.

Bitcoin Cash, as a result of its high capacity, charges a lower fee than Bitcoin. Bitcoin Cash has a cost of less than one cent, which is far lower than the price of Bitcoin in 2021, when you may pay around 10 to 20 euro for a transaction.

As its name suggests, Bitcoin Cash implements the original version of the digital currency and is aiming to revolutionize the payment industry. Perhaps in a few years, we will all be able to make payment at our favorite cafe via cheap, practical, and fast Bitcoin Cash transactions.

Should you invest in Bitcoin Cash?

The long-term viability of cryptocurrencies is not yet certain. Before investing in cryptocurrencies, traders should be aware that there is no guarantee of profits in the future. There are always unexpected developments in the crypto market.

When investing in crypto currencies, you have a specific objective in mind. There are more than 4,000 digital currencies available today, and not all of them serve the same purposes. Bitcoin Cash is generally invested in due to the possibility of an increase in its value in the future. As of October 2016, Bitcoin Cash ranked third among all cryptocurrencies. Nevertheless, this does not guarantee the future of the coin.

The only amounts that should be invested are those that are not needed in the medium and long term. Investing in Bitcoin Cash may be a suitable choice for those who can accept a high degree of risk while simultaneously hoping for high returns. In general, there is the possibility of significant price increases.

In the years from 2020 to 2021, Bitcoin Cash's price experienced a dramatic increase and was even quoted at times at over 1500 dollars in May of that year. In spite of this, Bitcoin Cash has not been able to return to its previous all-time high, which it already reached on December 20, 2017 at a level of USD 4,355.

Bitcoin Cash (BCH) can continue to be ranked among the top 25 cryptocurrencies and has not completely lost relevance. Additionally, it has been able to attract some exciting new partners, which suggests that the cryptocurrency may receive a new boost later in 2022. It remains an exciting time for the cryptocurrency.

Cryptocurrencies, including Bitcoin Cash, have been in a bear market since the last high in May 2021. In 2022, the price will continue its downward trend, falling from € 397.47 to € 282.73 and thus by 28.79%. BCH can only hold on to 23rd place among the largest crypto currencies by market capitalization.

Further performance will certainly be determined by the performance of the crypto market, but the forecast for 2023 and the future is encouraging. First and foremost, however, a forecast over several years is always extremely speculative in the world of crypto currencies. It is possible for a great deal to happen in three years, but we believe that Bitcoin Cash is in a relatively good position for the future. At the same time, there have been many interesting developments regarding Bitcoin Cash recently, and efforts are being made to further enhance its advantages. Given the general crypto boom and the increased transactions, it remains to be seen whether Bitcoin Cash can deliver on its promises.

In general, a great deal depends on whether BCH is able to retain and expand its competitive advantage , or whether it falls behind other cryptocurrencies. Currently, we are in an exciting phase for this decision, which could make Bitcoin Cash very interesting to invest in.

Here is a brief perspective on the views of different sources:

Additionally, Bitcoin Cash's developers have further reduced the difficulty of mining their coin, hoping to attract the attention of the mining community. In the event that this project is successful, a lot of computing power will be available to Bitcoin Cash and its price, as well as the general demand for the coin, will be increased.

What is the difference between Bitcoin and Bitcoin Cash?

In spite of the fact that Bitcoin (BTC) and Bitcoin Cash (BCH) are based on nearly the same substructure of the Bitcoin blockchain, they remain entirely independent of each other. As a result of a fork of Bitcoin, Bitcoin Cash was created when a large number of developers refused to accept the shortcomings of the protocol, and created their own platform.

So why do we need Bitcoin Cash?

By introducing Bitcoin Cash, there are some adjustments to Bitcoin that solve some of the known problems: due to its great popularity and low transaction capacity, Bitcoin payments have become expensive. The fees are as high as 20 euros in some instances. Due to the large block size, Bitcoin Cash has a major advantage here, as it requires a transaction fee of less than 0.01 Euro per transaction.

What happens after the Bitcoin Cash purchase?

As soon as possible after purchasing Bitcoin Cash, you should store it securely. As a next step, you can decide whether to resell the coins one day, and at what price. The most profitable option should be obvious. You will need a wallet if you wish to keep the coins in your possession throughout this period.

Immediately following the purchase of Bitcoin Cash, the coins should be moved into a wallet, a digital wallet, as soon as possible. In the case of opening an account with a crypto exchange, you will also be provided with a wallet. The wallet is usually credited automatically.

This coupling has the disadvantage that the exchange operators have access to the wallet and therefore control it. Your wallet is also at risk if the exchange is hacked. Alternatively, you can use an external wallet service. Be sure to pay attention to seriousness here!

It is essentially the same as buying Bitcoin Cash, except that you are selling it. In the ideal scenario, you should use the same platform for both the purchase and the sale.

Bitcoin Cash /BCH) offers, especially compared to Bitcoin (BTC), some advantages but also some disadvantages. Which exactly these are, and how they affect the function and performance, we clarify in the following.

What is Bitcoin Cash?

There are approximately 4,000 cryptocurrencies, including Bitcoin Cash. On August 1, 2017, Bitcoin Cash was created from Bitcoin. The principal difference between Bitcoin Cash and Bitcoin is the speed at which it can be mined. It is expected that Bitcoin Cash will become a widely used and widely recognized payment system in the long run.

How safe is trading with the cryptocurrency Bitcoin Cash?

Cryptocurrency trading is only as secure as the trading platform on which it takes place. Investing in a shady exchange or setting up your coins on a dubious platform will result in the trade being completed before it has even begun, with the fraudsters taking your money. Thus, the choice of a platform should be based on its security, authenticity, and transparency. Otherwise, you will not be adequately protected. Thus, you would be wise to keep an eye out for crypto trading platforms that are licensed, read reviews and testimonials, and carefully examine each provider.

Is it possible to buy Bitcoin Cash anonymously?

The basic idea of ​​cryptocurrencies is anonymity. That's why crypto fans can of course purchase Bitcoin Cash anonymously. To purchase, you do not have to provide your address or any other data, only when opening an account. Your data is therefore stored with the crypto exchanges or your broker. These can be viewed by the authorities in case of doubt. So the matter is not completely anonymous. One way to acquire Bitcoin Cash anonymously is through mining!

Is it possible to buy Bitcoin Cash without registration?

Without registration, acquiring Bitcoin Cash won't work unless you focus on mining. However, mining is extremely difficult for private individuals. For easy purchase, you must register at least with your e-mail address and your payment method.

What is the difference between Bitcoin and Bitcoin Cash?

Where to buy BCH

How to buy BCH

How to buy bch

Sign up for an exchange that offers BCH in one or more cryptocurrency pairings. Compare exchanges when buying BCH to find the lowest fees and the latest exchange rates. Note: Some exchanges require your full name, contact information, and ID before allowing you to trade.

You must verify your identity and email address before setting up an account with an exchange. Have your ID and phone handy.

You can buy BCH directly with dollars, euros, pounds or any other currency of your choice if your exchange supports BCH. Some exchanges charge commission fees based on the amount of BCH you purchase, so be aware of fees before you make a payment. Credit card payments are usually the most expensive method of payment. 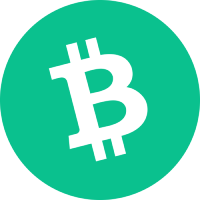